The general matrix-matrix multiplication (GEMM) is a fundamental operation in most scientific, engineering, and data applications. There is an everlasting desire to make this operation run faster. Optimized numerical libraries like Intel® oneAPI Math Kernel Library (oneMKL) typically offer parallel high-performing GEMM implementations to leverage the concurrent threads supported by modern multi-core architectures. This strategy works well when multiplying large matrices because all cores are used efficiently. When multiplying small matrices, however, individual GEMM calls may not optimally use all the cores. Developers wanting to improve utilization usually batch multiple independent small GEMM operations into a group and then spawn multiple threads for different GEMM instances within the group. While this is a classic example of an embarrassingly parallel approach, making it run optimally requires a significant programming effort that involves threads creation/termination, synchronization, and load balancing. That is, until now.

oneMKL 11.3 Beta (part of Intel® oneAPI Base & HPC Toolkit 2016 Beta) includes a new flavor of GEMM feature called "Batch GEMM". This allows users to achieve the same objective described above with minimal programming effort. Users can specify multiple independent GEMM operations, which can be of different matrix sizes and different parameters, through a single call to the "Batch GEMM" API. At runtime, oneMKL will intelligently execute all of the matrix multiplications so as to optimize overall performance. Here is an example that shows how "Batch GEMM" works:

We could accomplished these multiplications using four individual calls to the standard DGEMM API. Instead, here we use a single "Batch GEMM" call for the same with potentially improved overall performance. We illustrate this using the "cblas_dgemm_batch" function as an example below. 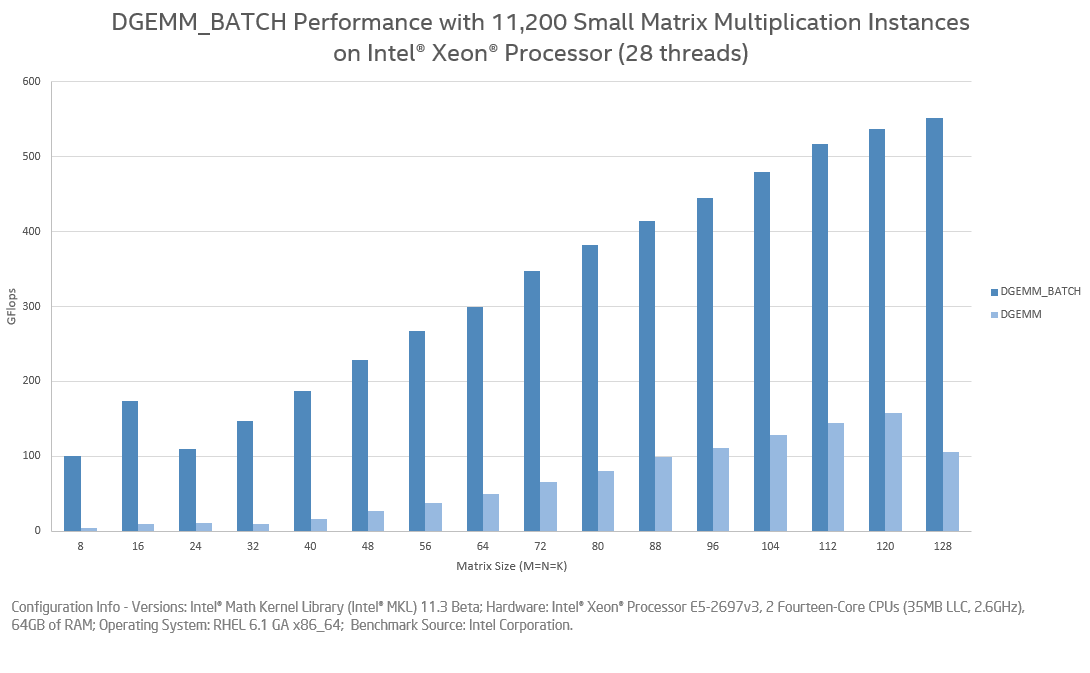 The second chart shows the same benchmark running on a 61-core Intel Xeon Phi co-processor (KNC). Because "Batch GEMM" is able to exploit parallelism using many concurrent multiple threads, its advantages are more evident on architectures with a larger core count. 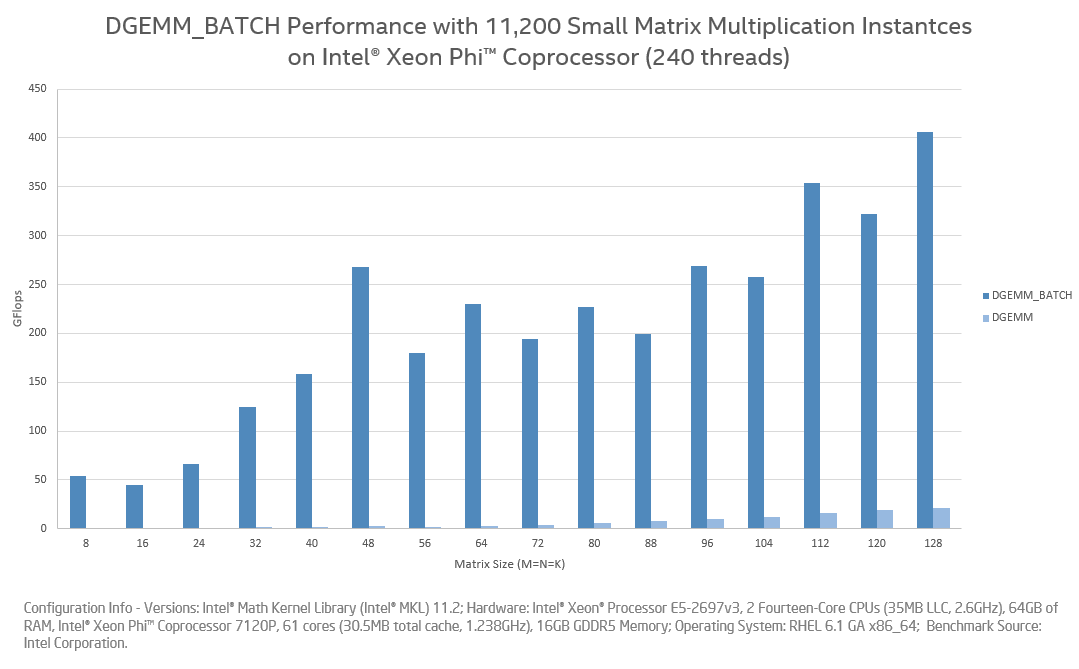 This article introduces the new API for batch computation of matrix-matrix multiplications. It is an ideal solution when many small independent matrix multiplications need to be performed. "Batch GEMM" supports all precision types (S/D/C/Z). It has Fortran 77 and Fortran 95 APIs, and also CBLAS bindings. It is available in oneMKL 11.3 Beta and later releases. Refer to the reference manual for additional documentation.